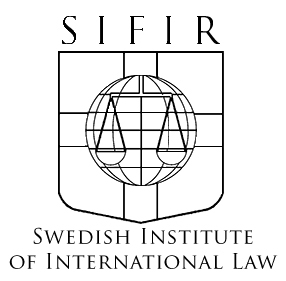 He also thought that a relationship between those Faculty members and members of the Swedish Ministry of Foreign Affairs would be fruitful. This is reflected in the composition of the Board of Directors of the Institute.  The Institute pursues a number of activities in order to promote the study of public international law and makes its endeavours known through its publication series, lectures and seminars and other events